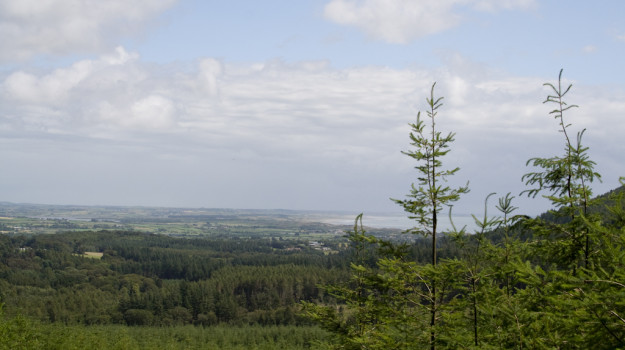 On 11th of July 2009 I started of to my first guided hiking tour in Northern Ireland, organised by Highländer Travel. Due to a really early flight from Frankfurt I already had to get up at 5 a.m. When I arrived at the airport I realised that my trip to Northern Ireland started at the same day as the local school holidays, so that the airport was pretty croweded at that time already. I took me over 30 minutes to get throught the passport control as there were only 2 counters opened (clever idea at the beginning of the holidays) and there was a time when I was pretty much sure that I would miss my flight. Luckily that didn’t happen…

The flight itself went pretty good, even if the pilot told us before we had to face problems with the weather and he calculated with 15 minutes delay. When we reached Dublin I checked my documents again, telling me I would meet the guide and the rest of the group on the chauffeur’s point. This isn’t really a „point“. When I came out of the arrival area there were already people standing who held signs of Highländer and several tours. Luckily there was as well someone with a Northern Ireland sign and her name was Astrid. She told me that we still had an hour to wait on a flight from southern Germany before our transfer to Northern Ireland would start.

At 2.00 p.m. we started with a group of 14 people in a small bus. Our first night we would spend in a town that was called Newcastle, unfortunatly that town has nothing to do with the Newcastle Browne Ale… The hotel we stayed in was the Burrendale Hotel and the transfer there took us about 2 and a half hours. The hotel itself is a pretty modern Spa hotel with sauna and swimming pool (not what one would normally expect in a small town in Northern Ireland)[nbsp] and it was situated a good walk outside Newcastle.

We got our room keys and agreed to meet for dinner where Astrid was going to explain the upcoming tour for the next day to us.

Dinner in the Burrendale Hotel was pretty much typically Irish. Meat, Fish or Chicken with a typical mix of vegetables and potatoes in all possible kind of ways. That kind of dinner would not really change throught out the upcoming week, which became a problem especially for the vegetarians, as vegetarian food in Northern Ireland is mainly noodles with vegetables.

After Dinner Astrid explained to us the route for the next day. We would walk through the Tollymore Forrest Park and the tour would only be about 5 hours, mainly to get used to the weather and the walking itself.

The day ended in the hotel’s bar with a pint of Guiness or Cider, absolutely normal for Ireland. 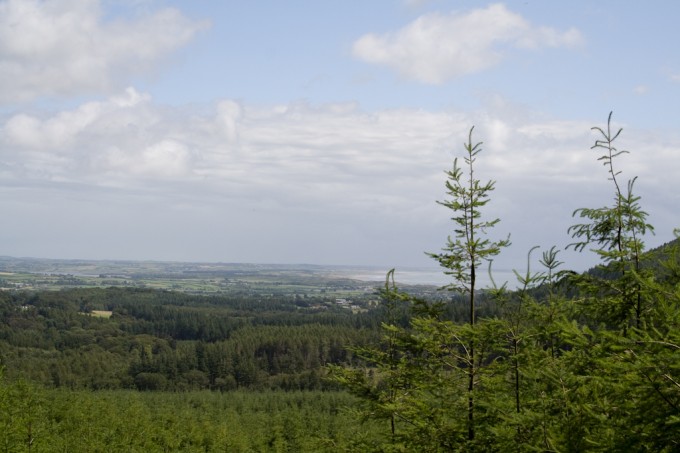