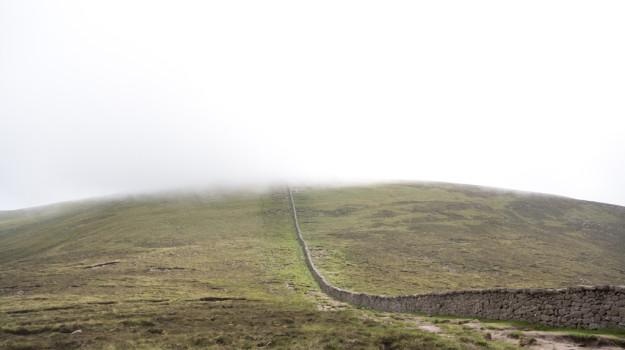 On the morning of the 13th of July we had to pack our luggage again as the next night would be in a different hotel. Luckily we could leave the luggage in the hotel, as the bus transfer would[nbsp] pick us up at the end of our tour and we would get the luggage after that.

This day was really special for me as we would go the the Mourne Mountains and we would face 1000 meter different in heights…which I have never done before (by my own feet) and I was pretty curious how hard or easy this would be. The mountain we would climb was Slieve Donard and the tour was very impressing.

We started at about 10 a.m with sunshine and pretty good weather and walked through Newcastle. There we suddenly faced a march of the Orange Order, a very small one, and luckily it seemed that really nobody did care or was offended by it.

After we left Newcastle we walked through Donard Park constantly upwards along a small river. A really nice and impressing way. The sun was shining and luckily we were mainly covered under trees, otherwise I would have burnt my skin already on that day. The way itself started with small stones which became bigger the higher we got, until later one we mainly had to climb and I had to store my camera in my rucksack as I needed both hands to be sure not to fall. We crossed an old icehouse, something I have never seen before and followed Glen River until a time one could hardly say we were following a „way“. The last meters were pretty steep and then we reached the top right between Slieve Donard und Slieve Commedagh. Here we learned that the wall running across the mountains was called the „Mourne Wall“ and was originally built to protect the area from sheep and other animals as a part of that mountains was used as water reservoir.

When we reached the top we had almost 5 minutes before fog and rain were coming. It happend quickly and it was depressing as normally we would have been able to view the whole mountains from that point. Nevertheless we spent our lunch time attached to the wall (as protection from wind and rain) and then crossed the wall and started to get down on the other side. The way down was much more exhausting than the way upwards. We could hardly see anything and our „way“ was only big stones and marshland, so that I often stumbled or twisted my ankle and I was absolutely impressed that nothing worse happend. During the way down we also had to face pretty hard rain and for me it seemed that the way down was longer than the way up, which is probably nonsense. We climbed downwards until we reached „Bloody Bridge“ where we were supposed to meet our busshuttle, and as were were all pretty wet we were absolutely happy when the bus arrived. Most of us used the stop at the Newcastle Hotel to change clothes or at least shoes before the bus went off with us in direction[nbsp] of Cushendall on the northern coast of Ireland.[nbsp]

The hotel in Cushendall was „The Glen’s Hotel“ a pretty old but nevertheless extremely cosy and we all went in our rooms to take a shower and have a 10 minutes rest. We met again for diner and afterwards went off for a local pub. We finally ended up in Joe McCollams, a nice and crowed pub with live music and an old grandpa sitting at the fireplace. The first time I ended up drinking pear cider….. 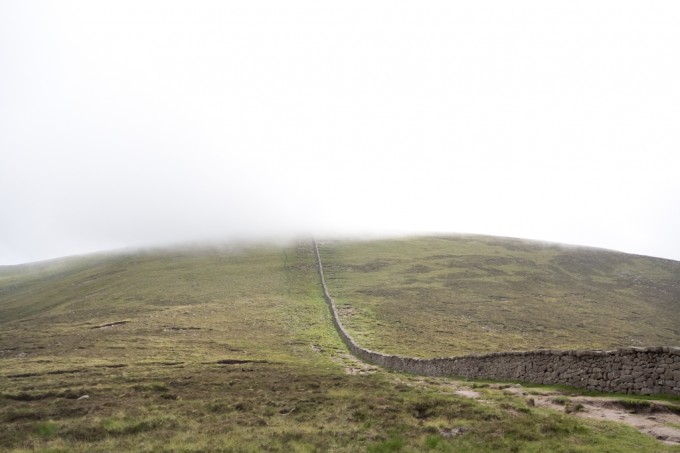