Our trip  started with a lot of delays. At check in at airport Hahn we already had a family in front of us that had over 30kg too much luggage. First they tried to pack in a different way and after half an hour they ended up in paying over 200 Euro for the additional luggage. When we reached the hand luggage check they were in front of us again and it turned out that daddy had a knife in his luggage which caused again delay for everybody behind. Finally they headed for the wrong gate (Kerry and London are obviously not the same city) and so we had to wait for them again. Needless to say that they had booked priority boarding and were extremely loud and unfriendly because of having missed the priority boarding. This all ended up in 20 min delay. Thanks to family „I‘m not able to read the flight restrictions before the flight“.
When we reached Kerry and made our way to National Car Rental where we had the next problem family in front.  5 people that all wanted to be registered as driver and none of them had done that beforehand.
Our car turned out to be a silver Opel Corsa and I was quite surprised to realise that the Irish streets haven‘t changed a bit in the last 10 years. We needed quite some time until we found our first bed & breakfast „Sheridan Lodge“ in Tralee. The owner was absolutely nice. After she had shown us the room she invited us for tee & cookies and chatted with us for quite some time. She explained where it would be best to park in town and we went downtown. Tralee isn‘t really a beautiful city but the choice for the first day would have been either Killarney or Tralee just because of the distance to the airport and as we both didn‘t want to drive to far on the first day (as we needed to get used to driving on the left side of the road first).
We had dinner at a tiny pub, as it was Sunday we hadn‘t too much of a choice, and it turned out to be delicious seafood and apple pie afterwards. Perfect start for the first day. 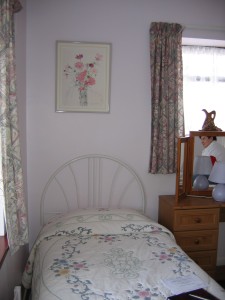 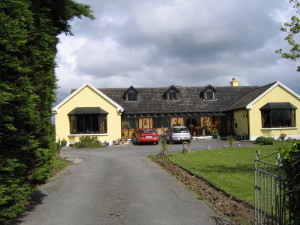