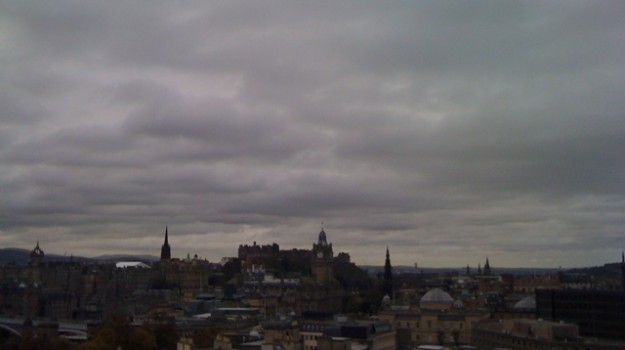 Second day and we got up at half past eight. I tried out the shower and that was really refreshing. The only negative point was that the heating in the bathroom didn’t seem to work and I’m sure in winter this would be really cold. We got down for breakfast which is served from 8.00 on during week and from 8.30 on weekends. Breakfast was delicious. We could first choose between Yoghurt, Muesli, Cereals, Cheese, Jam & Toast and had then to quote which second course we wanted. The options were „Southside Grill“ (egg, potato cake, sausage, tomato, mushrooms & bacon), „Southside Vegetarian“ (pretty much the same, only that the bacon was replaced by beans and the sausage was a vegetarian one) and „Smoked Scottish Salmon & Egg“. Absolutely tasty and coffee was fine as well. So we had a good basis for the upcoming day.

We started in direction of Carlton Hill which leads along the Royal Terrace and then to the City Observatory and the National Monument as well as Nelson Monument. From Carlton Hill we had an absolutely nice view over whole Edinburgh and I guess we spent there around 2 hours with taking pictures and looking over the city. On our way down we decided we should go through St. James Centre, Edinburgh’s shopping center, and from there we walked along Princess Street with all it’s shops, turned and walked through Rose Street which has a lot of tiny restaurants and finally made our way over the bridge again in direction of Dublin Castle.

Dublin Castle is huge and I can only say we spent more than 3 hours in there and we could have been there much longer if we’d decided to read every information chart. The entrance fee is 13 pounds and there’s no use going through the castle without either an audio guide or the guide book ( 4 pounds). But it’s worth the time and the money. After Dublin Castle we took a long walk along the Royal Mile and finally for the day ended up in an Indian Vegetarian Restaurant named „Ann Purna“ (45 St. Patrick’s Square). Food was okay but for the price paid it portions were really tiny. I wouldn’t recommend it as there are lot’s of other Indian restaurants in Edinburgh. 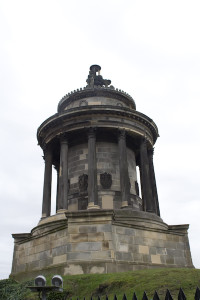 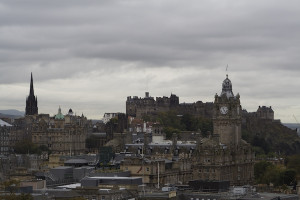 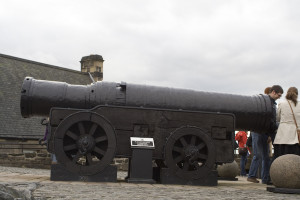 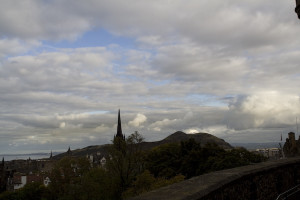